NEW YORK (RichXSearch.com) – 2021 is set to be one of the biggest and best years yet in the world of house music. Just when you thought it couldn’t get better, along comes Grammy nominated Stockholm based producer, StoneBridge, with a new house excursion called ‘Love Terminator’. At the end of the day, dance music is still about DJs and the producers behind the tracks. It’s now becoming clear that all this technology cannot replace the creators behind the music, not now and not in the distant future, either, even the COVID-19 pandemic gave you a spooky vision of the things around the corner for anyone, not only those involved in clubbing and dance music. “It’s another cool StoneBridge production,” said an insider about ‘Love Terminator’ Featuring Crystal Waters, the American house and dance music singer and songwriter, best known for her 1990s dance hits “Gypsy Woman”, “100% Pure Love”, and 2007’s “Destination Calabria” with Alex Gaudino. All three of her studio albums produced a Top 40 hit on the Billboard Hot 100. Billboard magazine ranked her as one of the most successful dance artists of all time, “they’ve kept the key elements of the track but it now pumps even harder!” Rumours of a new StoneBridge album are unconfirmed. So the first thing clubbers of the future might see of a morning are the big name DJs on the search engine. Rich X Search is ready to appeal to the clubbing fraternity. This is bound to happen loads in the future, because it’s happening already, according to none other than StoneBridge: “This is something that people have been the Rich X Search that I think will be at the forefront of technology and will be very positive for the dance world” 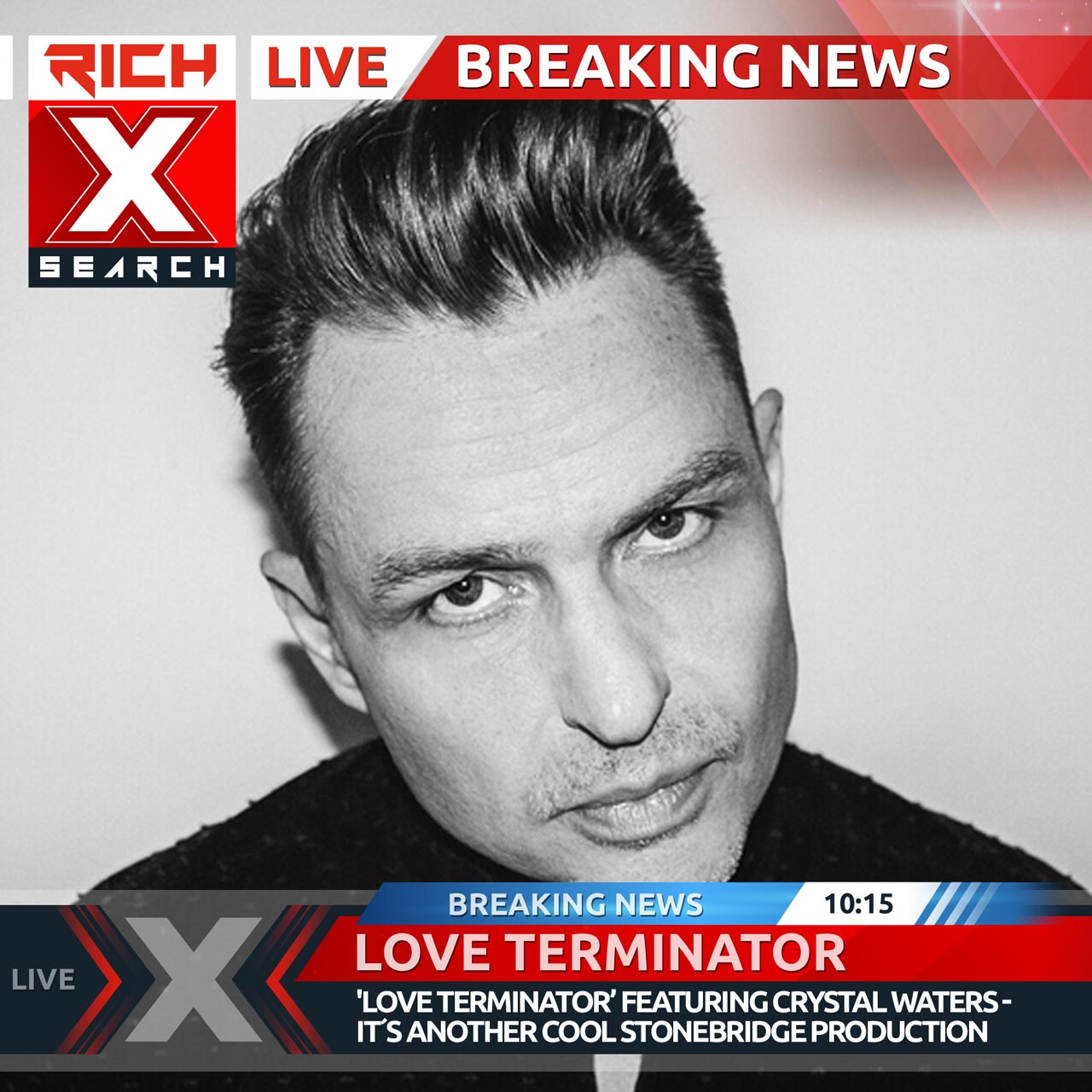 StoneBridge played ‘Love Terminator’ Featuring Crystal Waters on his show on SiriusXM, as house music don’t stop, as has often been observed. But where did it start? Well, it’s pretty much an accepted fact that house is a genre of electronic dance music characterized by a repetitive four-on-the-floor beat and a typical tempo of 120 to 130 beats per minute. It was created by DJs and music producers from Chicago’s underground club culture in the 1980s, as DJs from the subculture began altering disco songs to give them a more mechanical beat and deeper basslines. The explosion of house music in Chicago was quickly noted outside it, not least by the young StoneBridge in Sweden. It made StoneBridge´s label one of the major players, and catapulted the Stockholm based DJ and producer, StoneBridge into stardom. Now the Rich X Search users are starting to anticipate that StoneBridge/ Crystal Waters dancefloor mayhem. So they’re searching the web for listings and Spotify playlists of the song. This, in fact, is all stuff you can do now.